What Will You Say?

What follows is the forward to the book Dear Austin – A Letter To My Son and the first page of the book, as well as page 22. My publisher considers anything more unacceptable. Thanks for your understanding.

Dear Austin – A Letter To My Son 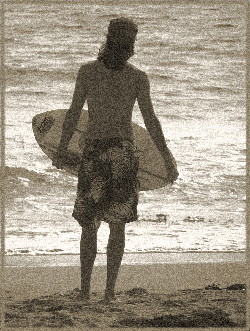 It comes to pass, in every parent’s life, that a child will begin preparations to leave home. Some will be off to college, some will go to the military or other national service, and many will just strike out to seek their fortunes in whatever field has captured their imagination.

It’s at this moment, when the preparation begins, that most parents will realize that all those heart-to-heart talks they always intended to have with their offspring somehow never took place. Or, at the very least, that many of them managed to slip through the cracks.

It was in this environment of not-quite-panic that I sat down at my computer to make up for missed opportunities. I had no idea what I was going to say to my son, but I knew I had to say something.

The eventual letter, which follows, came as something of a surprise to me. Not right away, but later, as I’ll explain. And the chance sharing of this letter with a friend, at a similar place in life, resulted in me being encouraged to share it with others. Thank you, Lia.

After installing my son in his college dorm, and leaving the letter with him, my wife and I spent a very quiet five hours driving back home. I guess we were both lost in our own thoughts about the past, the future, and the somewhat less than action-packed present.

When we arrived home, I went to my office and read the letter again, to myself. Several times, I confess. This is when I had my epiphany. I’ve never had one before, but I’m pretty sure that’s what it was.

I concluded that my subconscious had tricked me into writing what I believed were things my son needed to hear; about me, about life, and about his future. And while I still hope that he may find something of value in it, I came to realize that I had actually written things that I needed to know; about him, about his life, and about our relationship. I was writing to me, as much as to him. Not all of it, of course, but just enough to reassure myself that he would be alright.

This awareness allowed me to suddenly let go of some of the sadness about his leaving, and to replace it with some of the hope and excitement that he must be feeling now. It is in this spirit, and with my son’s permission, that I share this letter with any parent who has lost, or will lose, a child to higher education, or military service, or to the most dreaded thief of all, adulthood.

I’ve been thinking about this letter for weeks now, and I still don’t really know what I’m going to write. I know there are things I need to say to you, things I want you to know, but I’ll be damned if I can figure out what should come first. So, forgive me for rambling.
It’s difficult to watch you get ready to leave home. You have been nothing but a source of pride for your mother and me for your entire life, and we’re delighted to see you begin the next chapter, and move on to bigger and better and more exciting things. Life is really just beginning for you, and it’s exhilarating, and frightening, and promising all at once. But it’s hard, too, for us.
Even though you’re not leaving home for good, and you’ll still be here a lot over the next few years, it will be different. You really are a young man now, and our relationship with you will never be the same. That’s okay. It’s not supposed to be the same. But, for your mom and me, it will be a bittersweet transition.

You’re a handsome young man. You’re funny. You’re talented. And people like to be around you. It would be easy for you to try to coast through life on those traits alone. Avoid the temptation to do that. Make a conscious decision not to do that. While it might afford you a pleasant enough life, it will rob it of passion and meaning and success, no matter how you choose to measure it.

Try, always, to treat others with respect and dignity, no matter who they are or how little you feel they deserve it. Go out of your way to meet, and have conversations with, those with whom you have little in common. Spend time talking with people who disagree with your points of view. Expose yourself to things you know little about.
Be open. Be curious. This next few years are when you will become you. Don’t miss an opportunity to discover something you might love that could lead to a more complete, more fulfilled, and more accomplished you.
Don’t cling too doggedly to your beliefs just because they’re your beliefs. Always be willing to entertain the possibility that some tenet you’ve long held dear has been wrong. It happens. Just as importantly, don’t surrender them when you know you’re right.